Jewellery Policy in the Food Industry: How to avoid claims of Religious Discrimination

A factory worker who had been fired for refusing to remove his crucifix necklace while at work has successfully been awarded more than £22,000 after an employment tribunal ruled that he had in fact suffered discrimination by his employer.

Mr Kovalkovs was in the middle of his probationary period when he was dismissed with immediate effect due to “refusing to obey management instruction” to remove jewellery. Mr Kovalkovs worked in the food production area of the site and company policy stated that the only jewellery to be worn in these areas were “a single plain, band ring”.

The policy also stated that religious jewellery may be excepted subject to risk assessment. However, the tribunal found that a risk assessment was never carried out and the necklace had not been properly inspected to deduce whether there would be any alternative means of wearing it, that would reduce the health and safety and food safety risk.

As a result, the claimant was awarded a total of £22,074.69 as the tribunal found the firm’s foreign body control policy was “indirectly discriminatory” and that if it had not been for the discrimination, the claimant would have continued to work for the respondent. There was evidence of the company finding him to be an excellent employee having already been promoted during the initial probationary period.

What is the standard policy for jewellery in the food manufacturing industry?

At Highfield HR we have a wealth of experience supporting businesses in the food manufacturing industry, so we understand the importance of a no jewellery policy. Not only can jewellery be a food safety issue, it can also be a health and safety risk for employees, especially those who work in food production, where large machinery is used. Most businesses in the food manufacturing industry will have a similar policy to the employer in this case. However, it is important employers understand how to approach a situation like Mr Kovalkovs with caution and handle them correctly to avoid claims of discrimination.

How can indirect discrimination be avoided?

For an employer to have a defence against claims of indirect discrimination, they must be able to show that any provision, criterion, or practice that they have in place is “a proportionate means of achieving a legitimate aim”.

Although health and safety and food safety reasons can be seen as legitimate, employers must be mindful that religious jewellery may have a deep meaning to an employee, as in Mr Kovalkovs case where the necklace signified ‘a commitment to his belief’. Employers must be respectful of this, and steps should be taken to explore ways in which the jewellery can be worn in a safe manner such as tucked into clothes. If a risk assessment was carried out by the company, then the issue might have been resolved before dismissing Mr Kovalkovs.

Any legitimate aim must be easily demonstrated and evidenced, and an employer’s jewellery or dress code policy should explain the need for such provision. Carrying out a risk assessment in such situation will benefit an employer as they are able to demonstrate that asking an employee to remove the jewellery is due to a legitimate concern of health and safety and food safety, rather than discrimination.

If you would like HR guidance, email us at [email protected] and we will be happy to help! 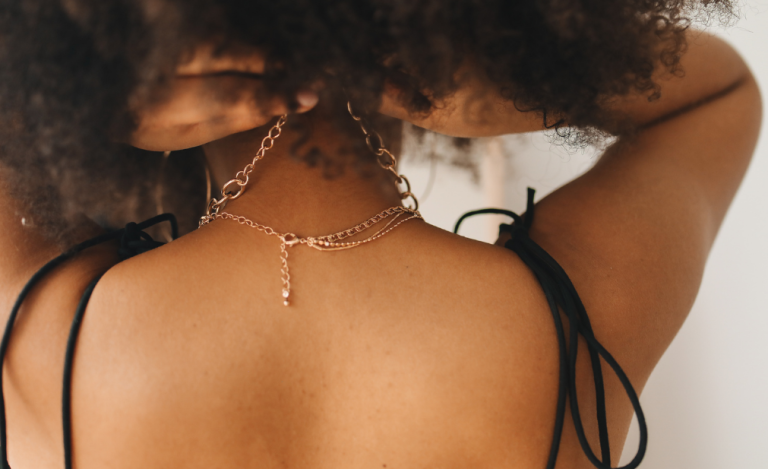 "I have recommended Highfield HR to a charity I support and the feedback was excellent. Jayne Symons is very professional and clearly knows her HR onions. I've also used her in my own business to carry out exit interviews - and again, her response rate and feedback was first-class. Thanks Jayne!"
Carmen Gray, Heath Marketing
"We have been very impressed with the service and professionalism from Highfield HR, previously we have used much bigger companies which didn’t come close to providing the support we get from Leanne and Highfield HR team. "
Sadie Lougher - Lougher Home Care
"Highfield HR recently supported us with a difficult employment matter. They led the process from beginning to end and ensured that we not only followed the correct process but also that the matter was dealt with sensitively. I would have no hesitation in recommending them."
Managing Director – Care Home
"Leanne has helped us at Beam several times and has always been so friendly, personable and efficient. The knowledge she shares is done with a total understanding of our business and needs which is a breath of fresh air.

Thank you for your help Leanne we look forward to continuing our professional relationship with you and Highfield HR"
Lianne Weaver
Founder & Director of Beam Holistic Therapy & Training
"Thankyou Highfield HR.
You have made the process of taking on my first employee much easier. It was reassuring to have someone to advise on recruitment and the contracts and policies required."
Anon