The Kickstart Scheme has provided a boost to the careers of over 100,000 young people since its beginnings in September 2020. During the stress and upheaval of a pandemic, the initiative has helped businesses create new work placements, which as a result has helped 16–24 year-olds up and down the country avoid long term unemployment. As a previous Kickstarter myself, I can recognise the massive difference it has made to my life.

The enormous diversity in the types of businesses that signed up for the scheme meant that there were placements open spanning a variety of sectors. From local businesses to national and international companies, everyone has been playing their part to create a brighter future for young people in the UK. For young people, it is easy to be discouraged in the current climate and to feel like hope is lost, but the scheme has opened doors for young people, even if they only accepted a role to have the experience on their CV, it would have strengthen their skills and prepared them for the world of work.

I began at Highfield HR in April 2021, after a long period of unemployment. My last job had been a temporary position over Christmas 2019, shortly before COVID-19 began to spread in the UK. I had studied English Literature at university and had no experience in HR or administration, but Highfield HR gave me a chance, which I was incredibly grateful for. After my placement officially ended in October 2021, I stayed with the business for an additional two months.

I couldn’t have asked for a better placement. The team at Highfield have supported me and built my confidence, as well as supplying me with transferable skills and opening my eyes to a sector I hadn’t considered working in before. The comfort I felt from having a secure, dependable role for a guaranteed six months after a period of enormous uncertainty cannot be overstated.

My time with Highfield has now come to a close. In the latter half of 2021, I began pursuing teaching opportunities abroad – I studied TEFL alongside my Bachelor’s and was qualified in 2017. A school in South Korea has offered me a position which began in March 2022. Working at Highfield gave me hope for my future career and helped me find the courage to begin a new adventure; I will miss the team dearly but will never forget what they’ve done for me.

Without Kickstart, I would not be in the fortunate position I am today. As the scheme comes to an end, I can only hope it has helped other young people who needed a chance as much as it has helped me. 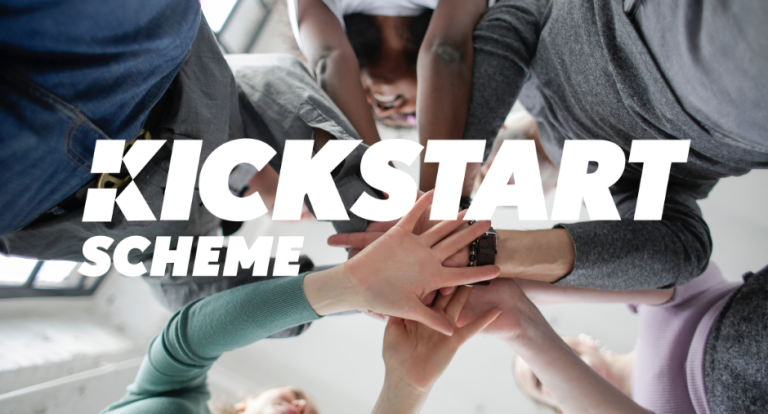 "Highfield HR as a company are professional, extremely knowledgeable, so friendly and lovely and for this reason i would always recommend them to any of my business acquaintances and clients who are looking for support with HR and employment issues. "
Marcella Kenny - owner of MK Administration and Bookkeeping
"Professional level of advice and service delivered. We were grateful for the dedication and commitment, nothing was too much trouble. Keep up the high level of service you are achieving. "
Zac Williams - Greenfield Contractors
"Thankyou Highfield HR.
You have made the process of taking on my first employee much easier. It was reassuring to have someone to advise on recruitment and the contracts and policies required."
Anon
"I want to thank Highfield HR so much for the help they gave one of my very special clients - they assisted with finding a Kickstarter at the last minute whilst the scheme was ending. They handled everything so professionally and found, what i hope to be, a wonderful asset to the company. They have also assisted with employment contracts for existing employees and are always there for support when needed. "
Marcella Kenny - owner of MK Administration and Bookkeeping
"I have recommended Highfield HR to a charity I support and the feedback was excellent. Jayne Symons is very professional and clearly knows her HR onions. I've also used her in my own business to carry out exit interviews - and again, her response rate and feedback was first-class. Thanks Jayne!"
Carmen Gray, Heath Marketing